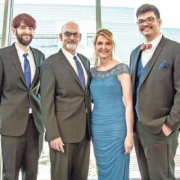 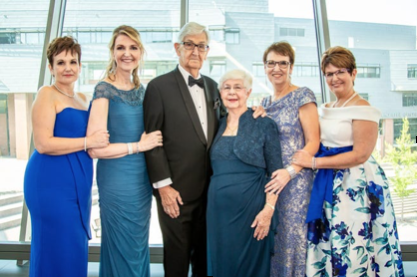 Casco Manufacturing Solutions of Camp Washington in Cincinnati celebrates 60 years in business this year as a third-generation, family-owned manufacturer of soft goods.

Its facility at 3107 Spring Grove Ave., located at a nexus of railroad tracks in Camp Washington’s historic industrial district harkens back to a time when workers didn’t need a high school education to get a job, much less a college degree.

It speaks to an era when workers mingled with managers at the annual Christmas party, where employees were treated like family, and bosses gave workers a ride home at night if they needed one.

That’s the way it was at Casco 60 years ago– and it’s still that way today.

“We’re so proud of our employees’ loyalty and dedication to excellence,” said Melissa Mangold, Casco CEO since 2002. “We’ve gone through a lot of changes over 60 years, but one thing hasn’t changed. We were a family then and are still a family today. We try to live by the ‘Golden Rule.’”

It all started with “a piece of fabric,” according to the company website. In 1959, Alvera and Robert Wolfe, Mangold’s aunt and uncle, established Cincinnati Auto Seat Cover Company (now Casco Manufacturing Solutions) and began sewing car seat covers and floor mats for the American auto industry. Twenty years later, the company was a national industry leader with 200 employees.

Tom and Teri Mangold, Melissa’s parents, purchased Casco when Bob and Vera retired in 1977. Melissa had worked for Casco as a teen, went east for a few years, and returned in 1990 before taking on the CEO role.

The company’s product lines have evolved with changing times and technology. When durable synthetic fabrics were introduced in the late 1970s, Casco expanded its production line to include medical cart covers, medical pads, mattress covers, and specialty wheelchair cushions. It acquired equipment for radio frequency sealing and added its C-Matt hospital mattress line. In the 2000s, it expanded yet again to become a contract manufacturing partner for a variety of markets, including institutional, healthcare, government, outdoor, custom manufacturing and private label markets.

Mangold and her sisters, Cheryl Cavendish; Penny Herr; and Christi Norton all began working at Casco during summer and vacation breaks as teenagers. Aunt Vera and Uncle Bob or their parents picked them up at home in the morning, offered them a good lunch, and dropped them off at night after a 12-hour shift.

The hours were long, the work sometimes hard, and it was hot on the second floor of the factory in summer, but the sisters developed good work ethics. They also learned to appreciate everyone—whether a manager or sewing operator– who worked hard and even stayed late at times to get special orders shipped out on time.

“We were all family, especially the women who were sewing upstairs,” said Mangold. “I have such fond memories of them. They talked and laughed constantly; you could hear them talking among themselves above the din of the sewing machines as they put in 40 hours a week to help put food on the table for their families.”

Only Melissa and her eldest son, Thomas Mangold-Lenett, are among Casco’s 40 full-time employees today. Mangold’s husband, Michael Lenett, is a bridge engineer at Patrick Engineering.

Mangold said Casco’s business plummeted when the North American Free Trade Act (NAFTA) was passed in 1993. Then their largest customer began manufacturing products in China, where labor was cheaper. Other customers, too, turned to offshore manufacturing in the early 2000s. But Casco remained dedicated to making high-quality, U.S.- made products and expanded product lines, adding customers.

During the recent recession, Mangold said she didn’t take a salary for two years so Casco didn’t have to lay off employees.

Mangold also announced the establishment of the Thomas W. Mangold scholarship in industrial design at the University of Cincinnati. The scholarship is named after her father, now 93.

“It used to be that people respected the dignity of work; that’s still true today at Casco,” said Mangold. “Anyone who wants to work can find a job here.”

Today Casco is one of only a handful of U.S. soft goods manufacturers left in the nation. Most of its employees are industrial sewing operators who come from three main arenas: recent legal immigrants (many from Asia) who already have industrial sewing experience, but may struggle with the English language; former inmates just released from prison; and people graduating from drug and alcohol programs who often need to develop career workforce skills.

“Casco is a place where you can get a first or second chance to work,” said Mangold. “We’ll work with you and train you. I really feel my role in life is to provide jobs for others.”

We design and manufacture durable products for customers around the world.

We can work with you to create a tailored plan to meet your needs.

Contact us to tell us more about your project needs.